Chess - A Game For The Ages 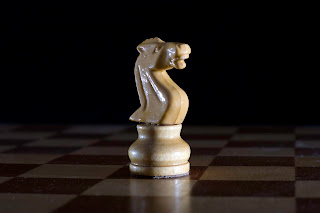 The game we call Chess goes so far back into the murky dimness of history that no one is really sure about the specifics of its origin. But scholars generally believe that it originated in what are now Northern India and Afghanistan. The oldest written reference to the game is circa 600 in India. But this game was not the modern day game we know. This version of the game had pieces representing elephants, infantry, cavalry and boatmen, all commanded by a Rajah. There is evidence that it was played on a board similar to the one used today, a board of 64 squares of alternating colors.

From ancient India the game spread to Persia (present day Iran). Tradition has it that a Hindu ambassador brought a chess set to the ruler of Persia in the 6th century. With the rise of Islam, the game was spread to the Arabs, who in turn spread the game to Byzantium.

It was also spread by traders traveling the ancient trade routes from India. This resulted in variants of the game that still exist in China, Korea, Japan, India and other countries. The game variant that is most well known in the western world came from Persia to the main trade routes of Spain and Italy around 1000 AD. The game that we know today spread all over Europe, and by 1400 AD was well established and being played under most of the rules that still apply to the game today. 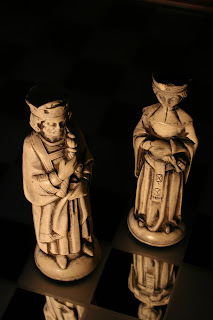 Chess is an ancient game still being played by many people. It is estimated that in the United States alone, there are 39 million chess players. Tournaments are very popular, and a chess Grand Master can have as much notoriety as a sports star or political leader. For a game whose pieces are remnants of an ancient way of life, the game itself remains very popular in the modern world. Chess. Truly a game for the ages.

Posted by Alan Beggerow at 1:59 PM