Flashlights - Shining Light On Their History 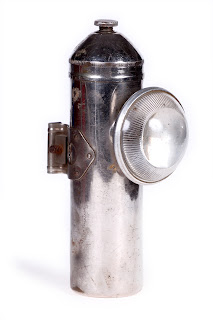 The flashlight is an example of an invention that would have been impossible if not for the invention of other items, such as the electric light bulb and the electric battery.  The history of the flashlight:
The flashlight has had many changes and improvements over the years. Metal tubes used for the body instead of paper, more efficient batteries, long lasting light bulbs, even no-battery flash lights that produce their own power by shaking or cranking a handle. But the basic design is the same as that created in 1898 by Hubert and Misell.

Posted by Alan Beggerow at 2:14 PM

Email ThisBlogThis!Share to TwitterShare to FacebookShare to Pinterest
Labels: flashlight