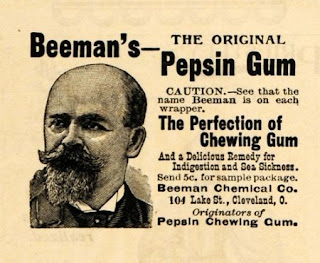 Why do people chew gum? To settle nerves, sweeten the breath, aid digestion, clean the teeth, the reasons are many. Whatever the reason, folks have been chewing on various substances for thousands of years:

Posted by Alan Beggerow at 8:12 PM