When Did Humans Start Wearing Clothes? 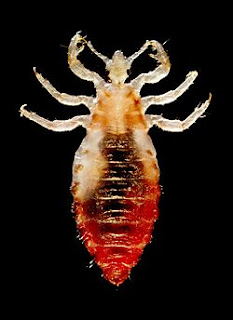 There are many schools of thought and belief about the origins of humans. Some purely religious, some purely scientific, some mix the two. Regardless of which school of thought, it seems obvious that the first humans on this earth lived in warm climates. I suppose there are those who will argue about this, but I am proceeding under the assumption that the first humans lived in a climate that was sufficiently warm to keep them alive without any kind of clothing.

Pursuing that thought can reveal the reasons humans began to wear clothing. For warmth and protection, especially when humans begin migrating to colder climates. Further down the line of human progress, the naked body became taboo and modesty came into the picture. It's very easy to come up with some reasons for wearing clothes. But now ask the question, "When did humans begin wearing clothes?"

Not an earth-shattering question. Perhaps not a question many people would think very important (or possible) to get an answer to. But there are those who burn with the desire to get an answer to this question, believe it or not.

Groups of researchers have thought of possible ways to determine the approximate date of apparel wearing. One idea says this could be determined by analyzing the date of origin of human body lice. The reasoning is that since humans have sparse body hair, the only way human body lice could survive would be in clothing. Seems an awfully long stretch to me. What about lice jumping off an animal and chowing down on a human? But supposed serious research has been done under this premise.

So how to determine when body lice appeared on humans? Simple. Take a modern day louse and do a genetic analysis of it. One group has determined that the human body louse appeared roughly 107,000 years ago, thus humans began to wear clothing about the same time. But nothing is that simple, let alone the ancestral DNA of a louse, for yet another team of researchers did the same genetic analysis on the modern louse and determined that it appeared roughly 540,000 years ago. The two groups are still haggling about it.

This is all according to some articles I've read on the Internet. Of course, reading something on the Internet doesn't make it so. It is hard to believe that scientists would take the trouble to invest effort, time and money on such a project. And just think of how many innocent body lice had to be sacrificed.

While I can't verify all of this, as ludicrous as it seems it most certainly is possible that this research has happened. Especially if you consider these other areas of research, a mere handful of crazy research projects I found while surfing the 'net:
After reading those, the possibility of scientists hovering over a dead body louse and extracting its DNA to determine when humans began to wear clothing doesn't seem so far fetched. But if this research did take place, I don't mind saying I think it was a lousy idea.
Posted by Alan Beggerow at 12:13 AM

Email ThisBlogThis!Share to TwitterShare to FacebookShare to Pinterest
Labels: clothes