Natural Fibers - The Beginning of Textiles

When early humankind needed warmth and protection for their bodies, what did they use? Animal hides, grasses, bark and other plant material fashioned into crude garments most likely. When was it discovered that fibers from plants and animals could be fashioned into something much more flexible, versatile, and attractive? When was cloth invented? There is much scientific and archaeological inquiry devoted to trying to answer that question. As for the fibers themselves? There are four main types of natural fibers used in the creation of fabric and textiles; flax, cotton, wool and silk. 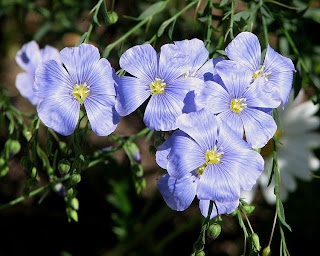 Most historians are in agreement that the first fiber used for the making of textiles came from the flax plant. The fibers in the stem of the plant are removed, cleaned, and woven together to make linen. Flax fibers were use to make linen over 5,000 years ago, and was of such value that it was used for burial shrouds for Egyptian Pharaohs. The Egyptians mastered the art of making fine linen, as some linen items found in tombs have threads so fine that they were woven 200 to the inch. 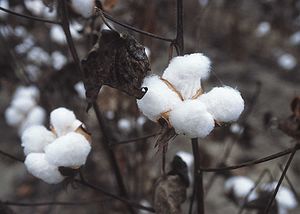 There is archaeological evidence that dates to 3,000 years ago concerning the growing of cotton in the Indus River Valley region of Pakistan, and the use of it in making cloth to make apparel from. It was also being used in ancient Egypt. It is believed that cotton was brought to Europe around 800 from Arab merchants. The invention of the cotton gin in the late 18th century combined with the dawn of the industrial revolution to help create inexpensive textiles.

Wool is one of the most versatile fibers known. It can be used to produce very lightweight fabric to thick, heavy fabric. The oldest documented piece of wool textile was found in a bog in Denmark that dates to 1500 B.C.E. The ancestor of the domesticated sheep had long coarse hair that protected a short under layer of fleece. It is this short under layer that is used in the production of wool textiles. Careful breeding has lead to over 40 different varieties of sheep used in the production of wool that utilize that soft under layer. Wool has unique properties of water repelling and water absorption that no man made fiber has been able to duplicate. Wool remains a versatile and much-used fiber for all kinds of apparel and other applications. 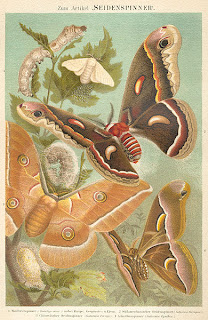 The beginnings of silk is wrapped in the legend of The Goddess of Silk, the wife of the mythical Yellow Emperor of China, who is credited for introducing silk to China over 5,000 years ago. Silk is derived from the cocoon of a specific type of worm, and the documented evidence of an unearthed silkworm cocoon found in Northern China dates to around 2600 B.C.E. The cocoon of the silkworm consists of one continuous filament that can be 1,800 to 2,700 feet long. This filament is carefully unraveled from the cocoon and placed on a spool. A number of these filaments (usually five to eight) are spun together to create a single silk thread. The silk thread is then woven into textiles. Clothing made from silk has the ability to be warm in cool weather, and cool in hot weather.

The historically recent creation of man-made fibers has not eliminated the use of natural ones. Natural fibers have qualities that have not been duplicated. After more than 5000 years, humans still want and enjoy the warmth of wool, the feel of cotton, the characteristics of linen and the beauty of silk.
Posted by Alan Beggerow at 4:41 PM