What men wear under their clothes has a history all its own: 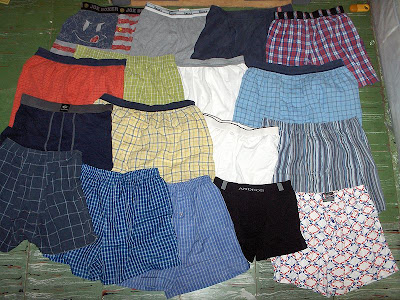 What does the future hold for men's underwear? From form-fitting and hidden, to ultra baggy and exposed, what men wear under their clothes undergoes changes in trends and fashion as much as what they outwardly wear.

Email ThisBlogThis!Share to TwitterShare to FacebookShare to Pinterest
Labels: underwear