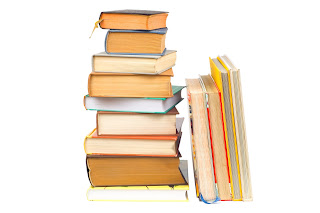 Before books, knowledge and information was passed by word of mouth. The more the knowledge base of humans increased, the more the need for some way of keeping a record of things. Among the first 'books' known are clay tablets with marks made into the wet clay which was then fired in an oven like pottery. This was the first known written language, called Cuneiform Script, developed over 6,000 years ago. As innovative as these first writings were, it was not the most practical way to record information, and carrying large clay tablets around was definitely not convenient. The next innovation in the written word came with the introduction of the scroll, approximately 5,000 years ago. The first scrolls were made from animal skins or papyrus.

The scroll held many advantages over the clay tablet. They weren't as cumbersome, could hold much more information as the scroll could be made as long as was needed, and offered opportunities of editing text that were not possible with clay tablets once they had been fired. The ancient Judeans used the scroll to transmit their holy texts, beginning a tradition that is still practiced in modern Judaism with Torah scrolls.

The advantage that books had over scrolls was that individual pages made access to information easier by indexing, which eventually made books more popular. Hand written on fine parchment or vellum, hand bound in fine leather and sometimes highly decorated outside and in, these early books were works of art in themselves. They were of such high value that books were actually chained to the shelves they were stored on to prevent theft. They took so long to produce at such great expense that a library with as few as 25 volumes was worth a fortune. These were stored in piles, or singly on slanted boards where they were read.

The development of movable type for printing them slowly made them more affordable and numerous. With so many more books available, shelving systems holding books vertically to save space, with the spines facing outward for ease of identification were developed to categorize and store them for ready use. The problems of a half-row of them constantly falling over, sometimes off the shelf, was solved by the use of bookends in these Renaissance libraries. Bookends have been with us ever since. 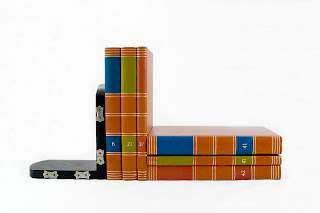 From plain metal bookends to highly ornate bookends, their function remains the same. They are a part of the evolution of the written word that began with those cuneiform tablets over 6,000 years ago. That there was ever a need for such an item speaks volumes about the ingenuity, creativity and practicality of the human mind.

Posted by Alan Beggerow at 2:07 PM

Email ThisBlogThis!Share to TwitterShare to FacebookShare to Pinterest
Labels: bookends